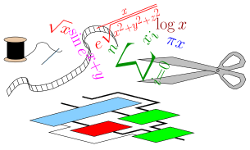 Operators tend to come and go as we struggle to support them, and we apologize for that. Hopefully the new Autotest features will bring more stability. Meanwhile, it is possible that the operator you want works better in an older version: read the release notes.

Installation in Ubuntu and other Debian derivative

Versions (most recent on top)

Recommended is the install script for the full version with all optional dependencies.

Version 4.1.2, the last one with the old pipelining framework

See the install script . It was written for ubuntu 16.04 (xenial), and is probably broken on more recent versions. In this case you can install it in a virtual machine using Vagrant as follows:

Version 2.5.0, the last version before the transition to Sollya4 broke everything that bit heaps had not yet broken

See the the install script, that it tested to work in Ubuntu 12.04, aka "precise". You probably want to run it in Docker.

Version 2.3.2, the last version before the Great Leader embarked the project in the bit heap hazardous adventure

See the the install script, that it tested to work in Ubuntu 12.04, aka "precise". You probably want to run it in Docker.

Older versions may include operators that have later been deprecated. See the Release Notes

For non-Debian systems, the installation script and the CMakeList.txt will give you an idea of the dependencies to install, in particular: Sollya (mandatory, used in a lot of operators), WCPG (optional, used in the FixIIR operator), and ScaLP (optional, will improve the quality of many operators).

ScaLP provides a uniform interface to several ILP solver. The instructions provided build ScaLP with the LPSolve back-end, which is the only backend for which installation can be fully automated. Better results may be obtained using other backends: SCIP, Gurobi (both freely available for academic purpose) or CPlex. You are therefore encouraged to download one of these, install it, then recompile ScaLP (adding the relevant arguments to its cmake command, see ScaLP documentation), then FloPoCo.

you will obtain in the current directory a flopoco.vhdl file containing a single-precision floating-point adder.

Here is a simple way to get FloPoCo running in a virtual machine under Windows. You will need to install :

Create a folder where you want to contain all the Vagrant files.

The first time, it may take some time depending on your internet connection.

Connecting to the virtual machine by SSH

You have two solutions at this point :

Installing Flopoco on your virtual machine

Go to the Linux installation instructions : Copy one of the one-line installation scripts and paste it into the prompt of your virtual machine. Wait. Sometime, you will be asked to press "y".

If you encountered others problems, give us feedback and if possible solutions so that we can add them to the preceeding list.